TcaplusDB is a fully hosted distributed NoSQL database service and mainly consists of the management, access, and storage layers. The access and storage layers both consist of multiple connection nodes and storage nodes and support horizontal node scaling. Each layer has its own roles, and the overall architecture is as shown below: 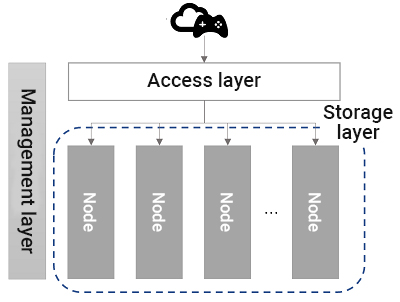 The TcaplusDB access layer is used to process user requests, interact with data nodes at the storage layer, and get data and return it to users.

The storage layer service is the core service of TcaplusDB used to store user data, respond to access-layer requests, and return data information.

The TcaplusDB logic structure consists of clusters, table groups, and tables as shown below: 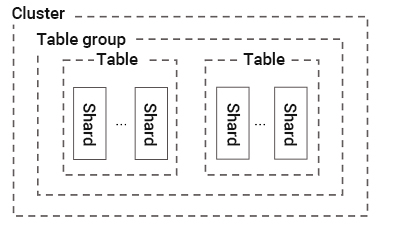