Signaling APIs are a set of invitation process control APIs that are provided based on IM messages to implement various real-time scenarios, such as:

While using the Simple Message APIs or Rich Media Message APIs for a one-to-one chat, you can use the invite signaling API to make a one-to-one call, and when receiving the invitation notification onReceiveNewInvitation, the other party can choose to accept or reject the call or wait until it times out.

Before an invitation times out or is processed by the callee, the caller can cancel the invitation. The invitee will receive the cancellation notification onInvitationCancelled, and the invitation process ends. 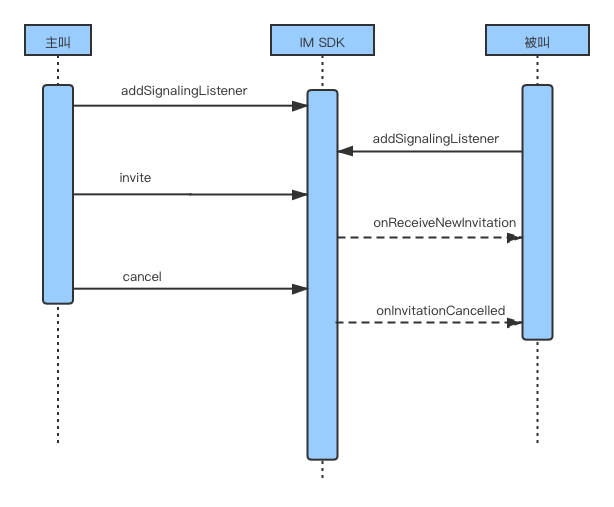 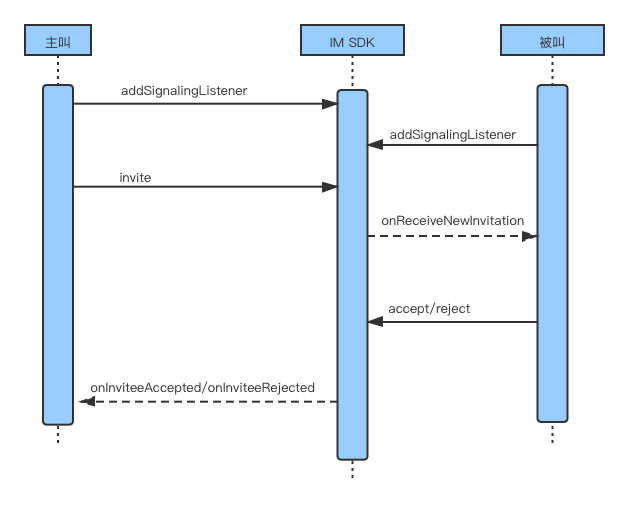 In the open-source project TUIKit Demo, we provide a solution for one-to-one and one-to-many voice and video call scenarios on the basis of the TRTC component with minor modifications. You can directly make modifications or adaptations based on our demo. In this document, we introduce the combined use of signaling APIs and the TRTC SDK by using a 1v1 video call scenario as an example. 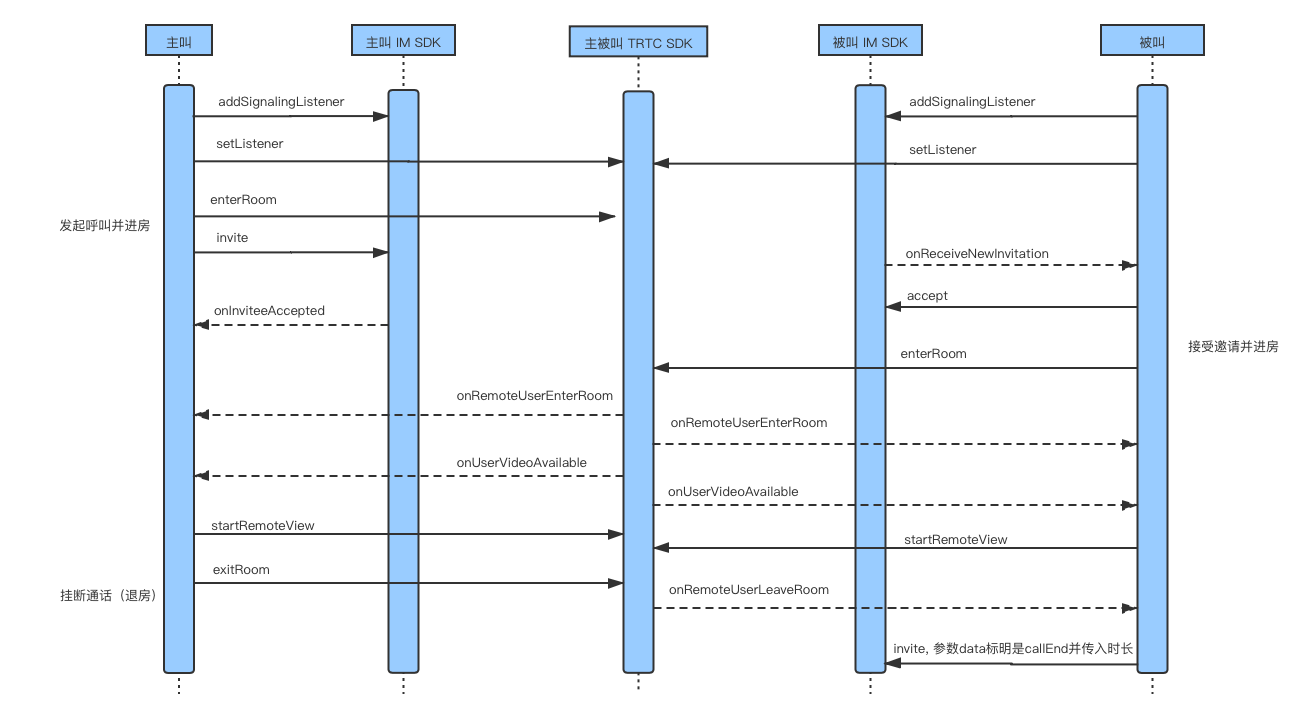 In this scenario, the teacher first asks students to raise their hands, and then choose one of the students to speak. The detailed process is as follows: