Screen recording is a new feature in iOS 10. In addition to using ReplayKit to record video from the screen, which is possible in iOS 9, with iOS 10, users can also stream live video from the screen. For details, see Go Live with ReplayKit. In iOS 11, Apple made ReplayKit more usable and more universally applicable and launched ReplayKit2, going from supporting ReplayKit alone to allowing the recording of the entire screen. Therefore, we recommend using ReplayKit2 in iOS 11 to enable the screen sharing feature. Screen sharing relies on extensions, which operate as independent processes. However, to ensure system smoothness, iOS allocates limited resources to extensions and may kill extensions with high memory usage. Given this, Tencent Cloud has further reduced the memory usage of LiteAVSDK while retaining its high streaming quality and low latency to ensure the stability of extensions.

This document describes how to use ReplayKit2 in iOS 11 to publish streams from the screen. The parts about the use of the SDK also apply to other custom stream publishing scenarios. For details, please see the sample code in the TXReplayKit_Screen file of the demo.

To try out the screen sharing feature, scan the QR code below to download Video Cloud Toolkit. 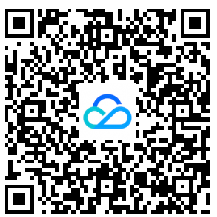 You can publish streams from the screen only in iOS 11 or above.

Regarding frequently asked questions among developers, Tencent Cloud offers an easy-to-understand API example project, which you can use to quickly learn how to use different APIs.

If the configuration is successful, you will receive a banner notification about the starting of stream publishing, and can watch the stream on another device. To stop publishing, tap the red bar at the top.

Xcode 9 or above is required, and your iPhone must be updated to iOS 11 or above. Screen recording is not supported on emulators.

Open your project with Xcode and select New > Target… > Broadcast Upload Extension, as shown below.

Enter a product name and click Finish. A new directory with the product name entered will appear in your project. Under the directory, there is an automatically generated SampleHandler class, which is responsible for screen recording operations.

Import TXLiteAVSDK.framework into the broadcast upload extension the same way you import a framework into the host app. The libraries the SDK depends on are also the same. For details, see SDK Integration > iOS.

Add the following code to SampleHandler.m:

Call setVideoQuality to set the resolution (you can select from a number of resolutions) and orientation for stream publishing. Below is an example:

The intervals at which the system sends sampleBuffer are not fixed. If the screen is static, the intervals can be quite long. Given this, the SDK has an internal frame feeding mechanism.

As the intervals of frame capturing may be long when the screen changes little, we recommend that you reserve a video frame to avoid cases where no video data can be sent when publishing starts or after landscape/portrait mode switch.

Tencent Video Cloud supports two watermark setting methods. One is adding watermarks in the publishing SDK before videos are encoded. The other is watermarking videos while they are being decoded in the cloud.

We recommend the former, as there are three major drawbacks to watermarking in the cloud:

The watermark image must be in PNG format. PNG images carry opacity information, which allows the SDK to better address the image aliasing issue. Please note that PNG images require processing by professional designers. You are not advised to change the extension of a JPG image to PNG in Windows and use it as a watermark directly.

As there can be only one V2TXLivePusher object running at a time, make sure that you release all the resources when stopping publishing.

An error indicates that the SDK encountered a serious problem that made it impossible for stream publishing to continue.

A warning indicates that the SDK encountered a problem whose severity level is warning. Warning events trigger tentative protection or recovery logic and can often be resolved.

Appendix: Communication and Data Transfer Between Extensions and Host Apps

ReplayKit2 invokes only the broadcast upload extension during screen sharing. The extension does not support UI operations and cannot implement complicated business logic. Therefore, the host app is often responsible for implementing business logic such as authentication, while the extension focuses on recording the screen and publishing the audio and video data captured. This makes it necessary to communicate and transfer data between the extension and host app.

Users should be informed of the status of the extension. For example, in cases where the host app is not started, you can send a local notification asking users to interact with the host app. Below is an example of sending a notification to users when the broadcast upload extension is started.

You can use this notification to ask the user to return to the host app to configure publishing information and start stream publishing.

2. Sending notifications between processes via CFNotificationCenter

The extension can start publishing streams after receiving this notification. As the notification is at the CF layer, to facilitate operations, it needs to be sent to the Cocoa layer via NSNotificationCenter.

ReplayKit2 is a new framework introduced by Apple in iOS 11, for which relatively few official documents have been released. The framework is still being improved, and problems have been found. See below for some common questions you may have when using ReplayKit2.