The network access control list (ACL) is an optional security layer at the subnet level for controlling the inbound and outbound traffic of subnets, with an accuracy up to protocol and port granularity. 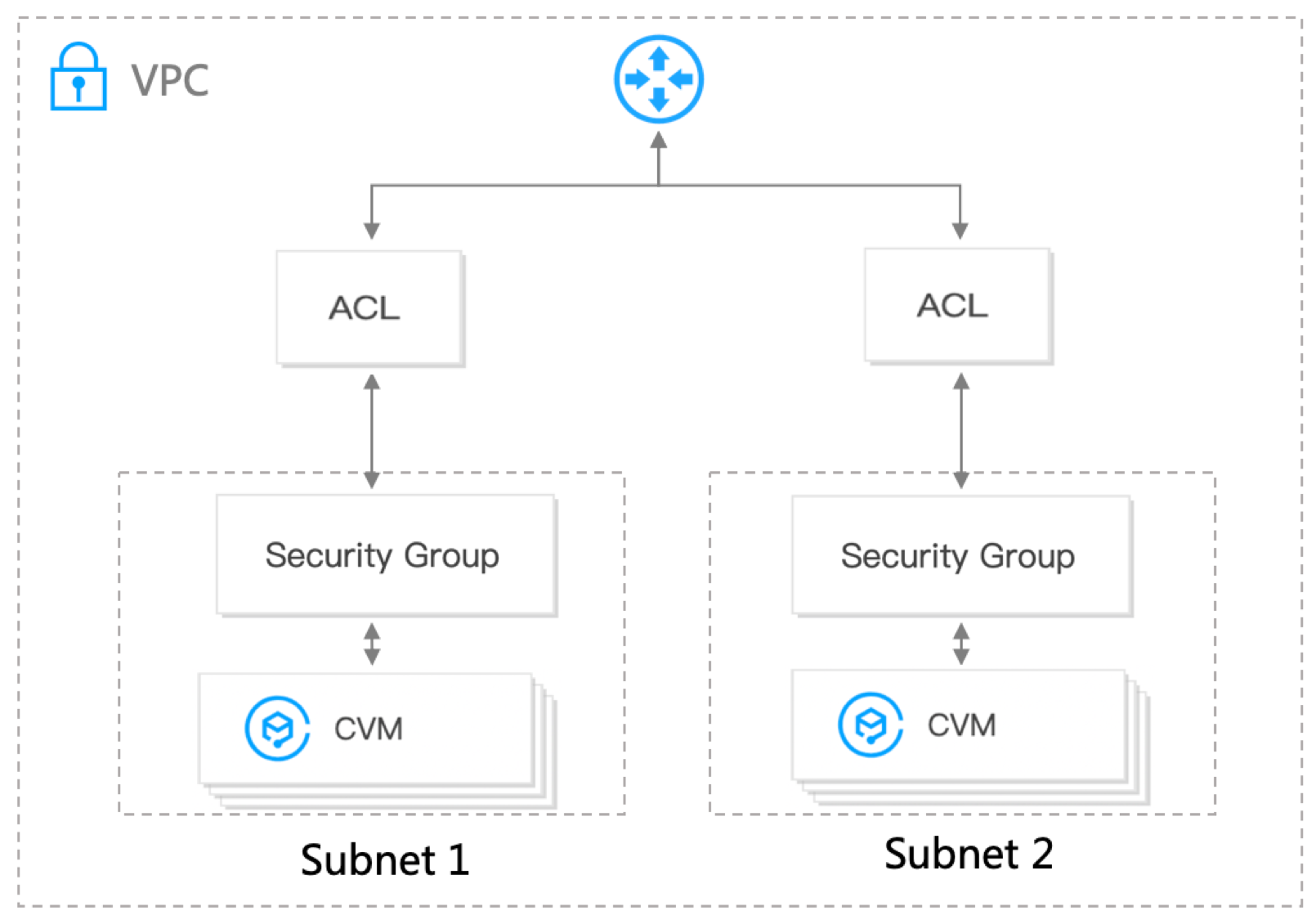 You can associate a network ACL with multiple subnets for the same network traffic control. By setting the outbound and inbound rules, you can precisely control the inbound and outbound traffic of subnets.
For example, when multiple layers of web applications are hosted in Tencent Cloud VPC instances, and web-layer, logic-layer, and data-layer services are deployed in different subnets, you can control the access among the three subnets through the network ACL. As a result, the web-layer subnet and the data-layer subnet cannot access each other, and only the logic layer can access the web-layer and data-layer subnets.

When you add or delete rules in the network ACL, the change is automatically applied to the network traffic control of associated subnets.
A network ACL rule consists of the following parts:

After creation, each network ACL contains two default rules. Default rules cannot be modified or deleted and have the lowest priority.

Example: to allow all source IP addresses to access all ports of CVMs in the subnet associated with the ACL and to reject the access request of the HTTP service whose server source IP address is 192.168.200.11/24 for accessing port 80, you can add these two network ACL inbound rules: