The performance test in this document is conducted with the TPC-C benchmark load built in HammerDB. TPC-C is a typical OLTP workload that simulates a scenario where a wholesaler with multiple warehouses ships goods to a large number of customers. The adjustment of the number of warehouses can reflect the data size that the database can sustain in the test.

Load generation environment
The machines on which HammerDB is installed are of the same models as the database instances, ensuring that the performance of the SQL Server instances can be fully measured in the stress test.

The TPM in HammerDB is obtained through the SQL Server performance counter "batch requests/sec", so the TPM actually refers to the batch requests per minute. 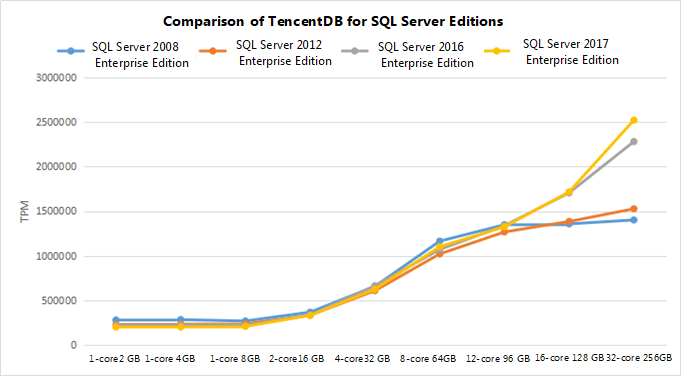