You can implement PC CSS easily by following the steps below:

The one whose domain name is livepush.myqcloud.com is the push URL:

1.3 Select the network for CSS

If you get the following push URL:

Audio and video sources are just like the contents of the package to be sent. There are three formats:

After the video source is configured, even though you can get the audio and video signals, the original ones are not applicable for spreading in the network because they need more bandwidth. Therefore, it is important to configure the audio and video encoding parameters before CSS starts.

If the push URL (livepush) is:

the playback URL (liveplay) is: 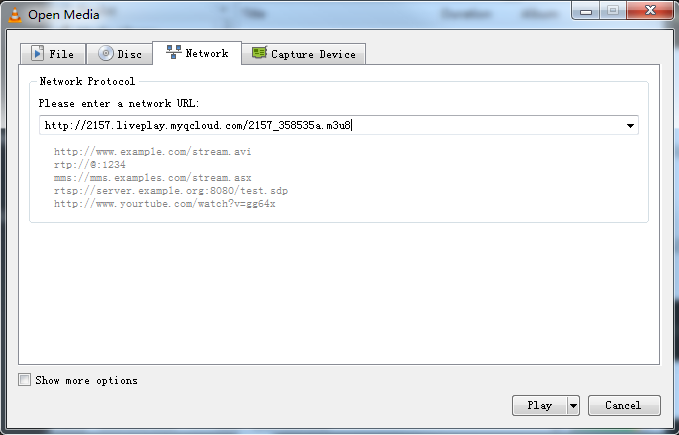