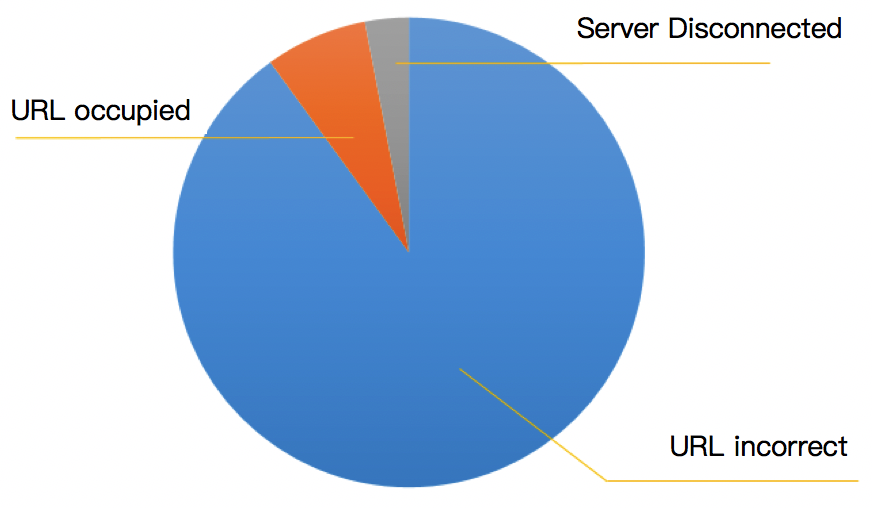 Some customers who worry about their LVB traffic being hacked would set a shorter txTime, such as 5 minutes after the current time. In fact, with txSercet signature, you don't need to set such a short validity period. Furthermore, with a too-short validity period, in case of a network interruption during LVB, the VJ would not be able to resume push due to the expiration of push URL.
It's recommended to set the txTime to a value that is 12 or 24 hours after the current time, making the validity period longer than a normal LVB duration.

Push URL is in use already

A push URL can only be used by one pusher, and any other client attempting to push will be rejected by Tencent Cloud. In this case, RTMP SDK throws a PUSH_WARNING_SERVER_DISCONNECT event.

Unable to connect to CVM

The default port number used by RTMP push is 1935. If the firewall of the network for your test doesn't open the port 1935 to the Internet, you may be unable to connect to the CVM. In this case, you can verify whether the problem is caused by this reason by changing network (for example, use 4G instead).

The push URL for Mini LVB can be obtained through debugging. You can search for the keyword startPush in the global search, then set a debugging breakpoint, where the RTMP SDK is called by Mini LVB. The parameter startPush is the push URL.