When you create a Kubernetes cluster by using TKE, you must select models from various configuration options. This document describes and compares available feature models and gives suggestions to help you select models that are most applicable to your services.

Kubernetes versions are iterated quickly. New versions usually include many bug fixes and new features. Meanwhile, earlier versions will be phased out. We recommend that you select the latest version that is supported by the current TKE when creating a cluster. Subsequently, you can upgrade existing master components and nodes to the latest versions generated during iteration.

TKE allows you to specify network modes in the following ways:

TKE supports two types of runtime components: Docker and containerd. For more information, see How to Choose Between containerd and Docker.

Comparison between the two runtimes

In other scenarios, we recommend that you select the containerd solution.

The following figure shows how a Service is forwarded. 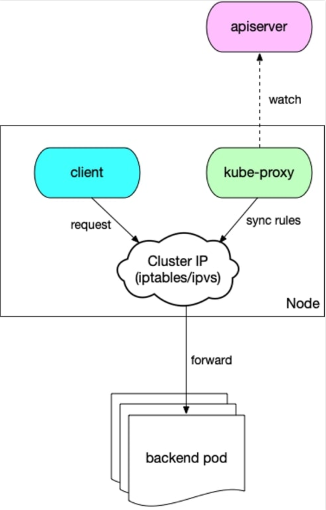 Comparison between the two forwarding modes

TKE-Optimized series images is once used for improving the stability of the image and providing more features, but it is not available for the clusters in TKE console after the Tencent Linux public image is launched. For more information, see TKE-Optimized Series Images.

We recommend that you use the Tencent Linux operating system. It is a public image of Tencent Cloud that contains the TencentOS-kernel. TKE now supports this image and uses it as the default image.

The node pool is mainly used to batch manage nodes with the following items:

Some I/O-intensive services require models with high I/O throughput. You can create a node pool for a service of these kinds, configure a model, centrally specify Label and Taint properties for the nodes, and configure affinity with I/O-intensive services. You can select Labels to schedule the service to a node with a high I/O model. To avoid other service pods from being scheduled to the node, you can select specific Taints.

When the service traffic increases, the I/O-intensive service needs more computing resources. During peak hours, the HPA feature automatically scales out pods for the service, and the computing resources of the node become insufficient. In this case, the auto scaling feature of the node pool automatically scales out nodes to withstand the traffic spike.

To use this feature, submit a ticket to apply for it.