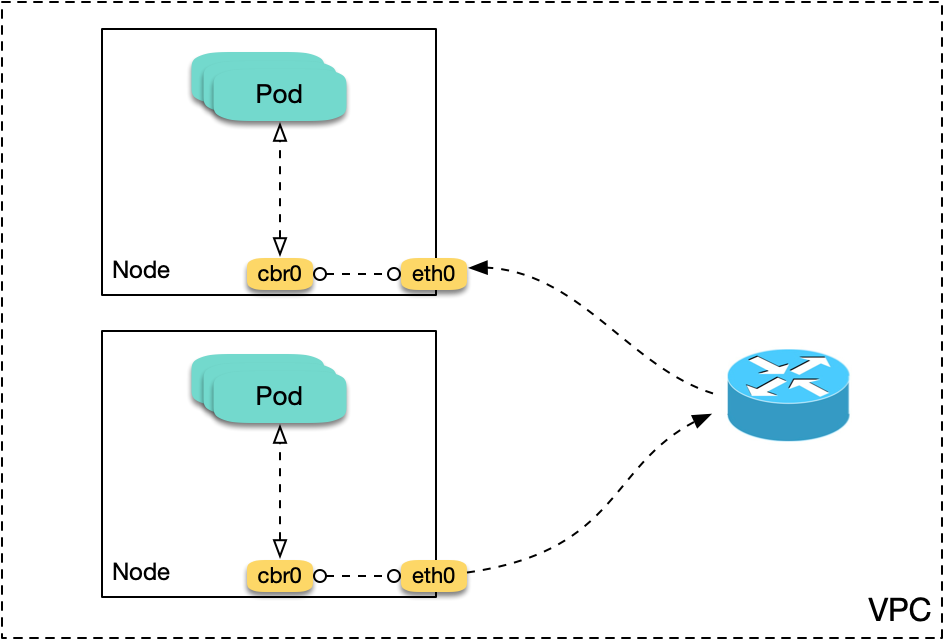 TKE also provides the VPC-CNI network mode. In this mode, an ENI is inserted into each pod, the IP range falls within the VPC IP range, and inter-pod communication is enabled through ENI routing, as shown in the figure below: 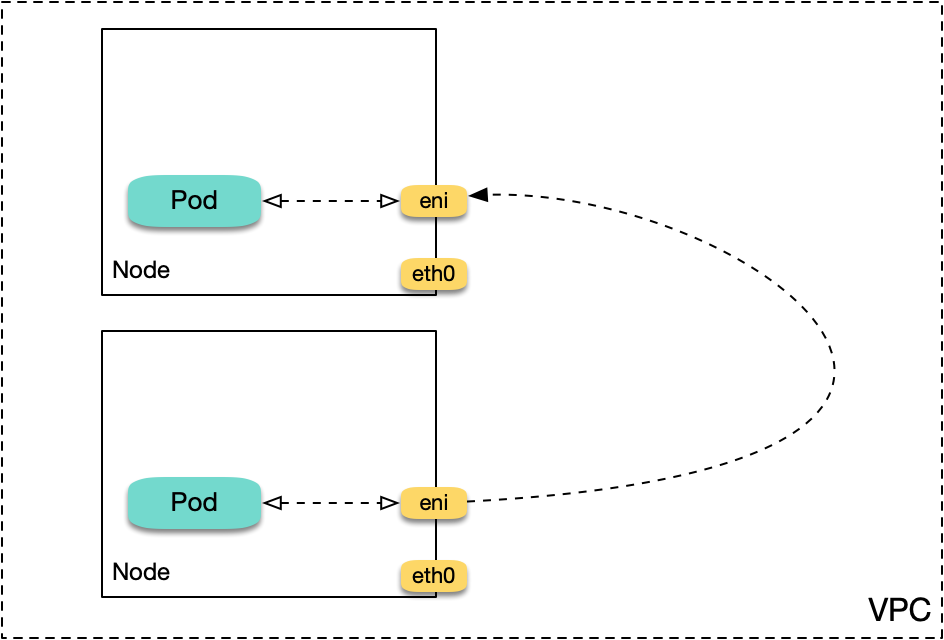 Compared with Global Router, the advantages and applicable scenarios of VPC-CNI are as follows:

To use VPC-CNI, ensure that rp_filter is disabled. The following shows a sample code:

The static IP feature is only applicable to StatefulSet-type workloads. You can enable static IP addresses by using the following two methods:

If you configure the IP repossession policy when enabling VPC-CNI, you can modify the policy later by manually modifying the launch parameter of the ipamd component, namely kubectl -n kube-system edit deployments.v1.apps tke-eni-ipamd. The following shows a sample code:

Change --claim-expired-duration to the specified value.