The multi-site active-active IDC architecture refers to multiple IDCs that are deployed in different regions and provide service concurrently. Data can be synced among them in real time. If a disaster occurs in an IDC, its traffic can be routed to other IDCs to implement quick cross-region failover and guarantee business continuity.

The multi-site active-active IDC architecture is implemented by creating multiple two-way sync tasks, each of which consists of two one-way sync tasks. Therefore, restrictions on one-way sync and relevant operations must be followed. For more information, see the appropriate sync scenario in Data Sync.

This document uses a specific scenario to describe how to configure DDL statements for easier understanding. For example, in a multi-site active-active-active IDC architecture, three two-way sync tasks are created among databases A (Beijing region), B (Shanghai region), and C (Guangzhou region): A <-> B, B <-> C, and C <-> A. 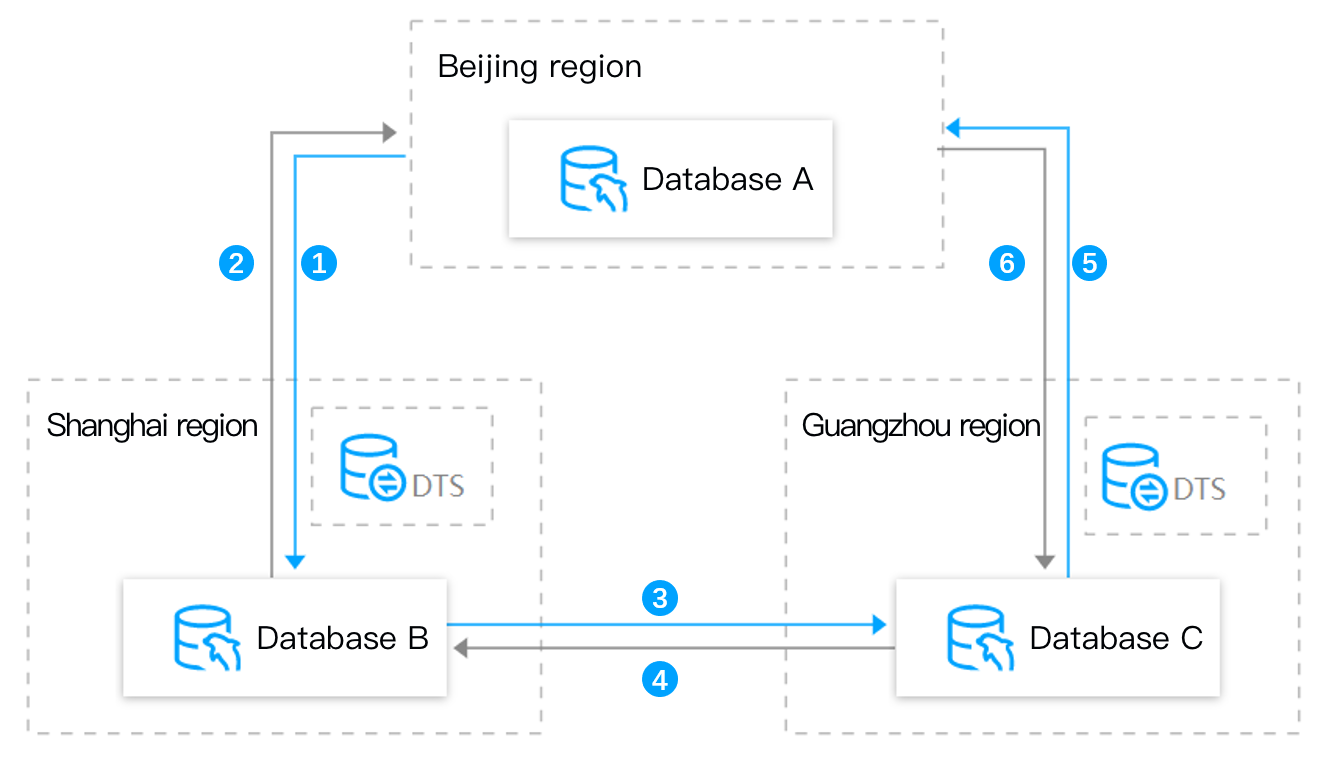 Recommended Configurations for Typical Use Cases 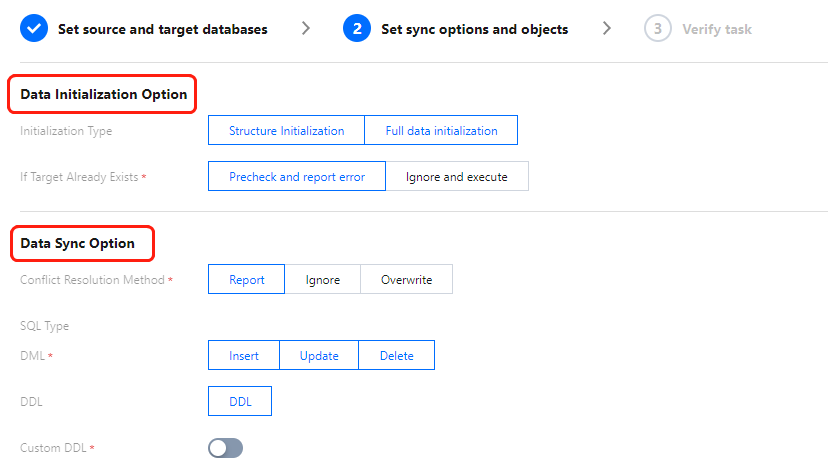 This document recommends the following configuration for a typical multi-site active-active IDC architecture for your reference.