The architecture of CKafka is as follows: 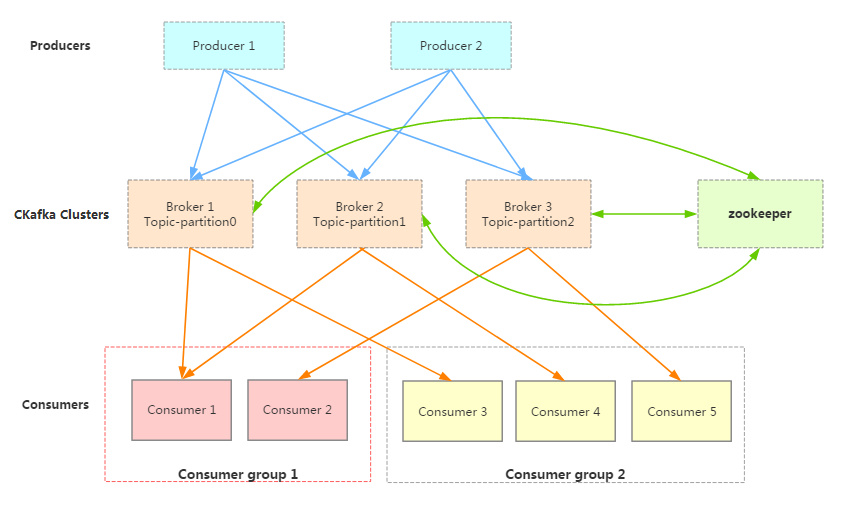 For the advantages of CKafka over self-built open-source Apache Kafka, see Strengths.

In CKafka, a huge amount of network data is permanently stored in disks and high numbers of disk files are sent over the network. The performance of this process directly affects Kafka's overall throughput, especially in the following aspects:

Data persistence is mainly implemented in CKafka through the following principles:

The multi-replica design can enhance the system availability and reliability.
Replicas are evenly distributed across the entire cluster. The replica algorithm is as follows:

CKafka dynamically maintains a set of in-sync replicas (ISR) in ZooKeeper, and all replicas in ISR catch up to the leader. Only members of the ISR can be elected as leaders.