What system volume types does TRTC support on mobile devices (Android and iOS)?

How do I set the resolution for push to 1080p in the SDK on mobile devices?

1080p is defined as 114 in TX_Enum_Type_VideoResolution. You can use the resolution simply by passing in the enumerated value.

Can I enter a room created on Mini Program from a mobile client?

How do I use the screen sharing feature in TRTC on mobile devices?

Does TRTC support the 64-bit arm64-v8a architecture on Android?

Yes. Just integrate the SDK in the same steps as you do a third-party library or by following the steps in Demo Quick Start (iOS & macOS).

Can I run the TRTC SDK in the background on iOS?

Yes, you can. To run the SDK in the background, select your project, set Background Modes under Capabilities to ON, and select Audio, AirPlay, and Picture in Picture. 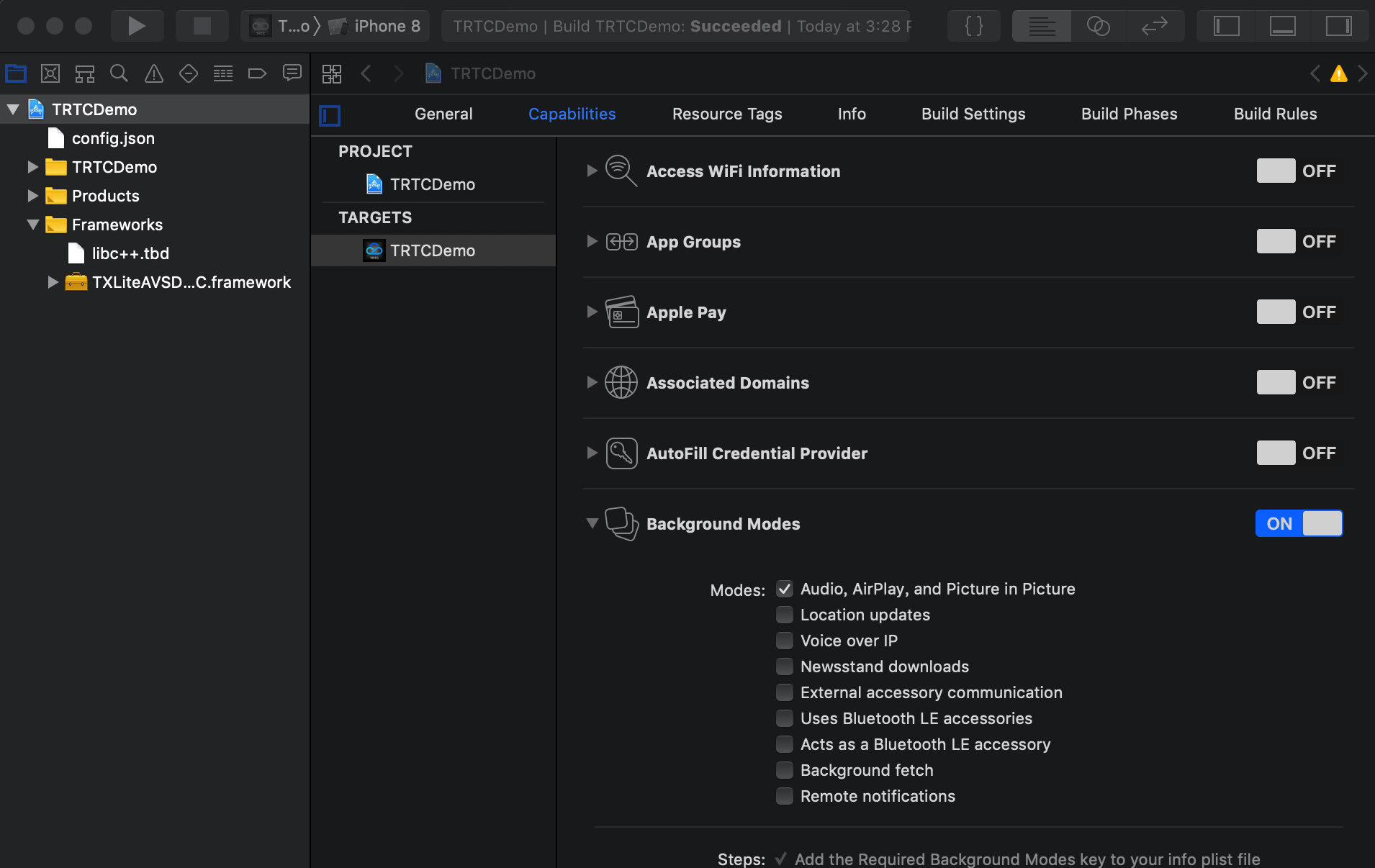 Can I listen for room exit by remote users on iOS?

How to call a user whose phone screen is locked or when the application is in the background or closed on the user’s phone?

You can achieve this using the offline answering feature. For details, see Audio Call (Android).

Can Android and web users call each other?

Yes. They just need to use the same SDKAppID and enter the same room. For more information, see the documents below:

Can both anchors and audience members initiate co-anchoring during live streaming?

In the audio/video conference scenario, can mobile users and web users enter the same room?

Yes, make sure the SDKAppID and room ID are the same while the user IDs are different.

Can I create N TRTC objects and log in to N rooms with N user IDs on the same page?

Yes. Since version 7.6, a user can enter multiple rooms.

How do I view the latest version number of the SDK?