To quickly enable the interactive live video streaming feature, you can modify the demo we provide and adapt it to your needs. You can also use the TRTCLiveRoom component and customize your own UI.

This feature uses two basic PaaS services of Tencent Cloud, namely TRTC and IM. When you activate TRTC, IM will be activated automatically. IM is a value-added service. See Value-added Service Pricing for its billing details.

An Android project must be run on a real device rather than a simulator.

The TRTCLiveRoom folder in the source code contains two subfolders: ui and model. The ui subfolder contains UI code. The table below lists the files (folders) and the UI views they represent. You can refer to it when making UI changes.

The TRTCLiveRoom folder in the source code contains two subfolders: ui and model. The model subfolder contains the reusable open-source component TRTCLiveRoom. You can find the component's APIs in TRTCLiveRoom.dart and use them to customize your own UI.

The interactive live streaming component TRTCLiveRoom depends on the TRTC SDK and IM SDK. You can configure pubspec.yaml to download their updates automatically.

Add the following dependencies to pubspec.yaml of your project.

Copy all the files in the directory below to your project: 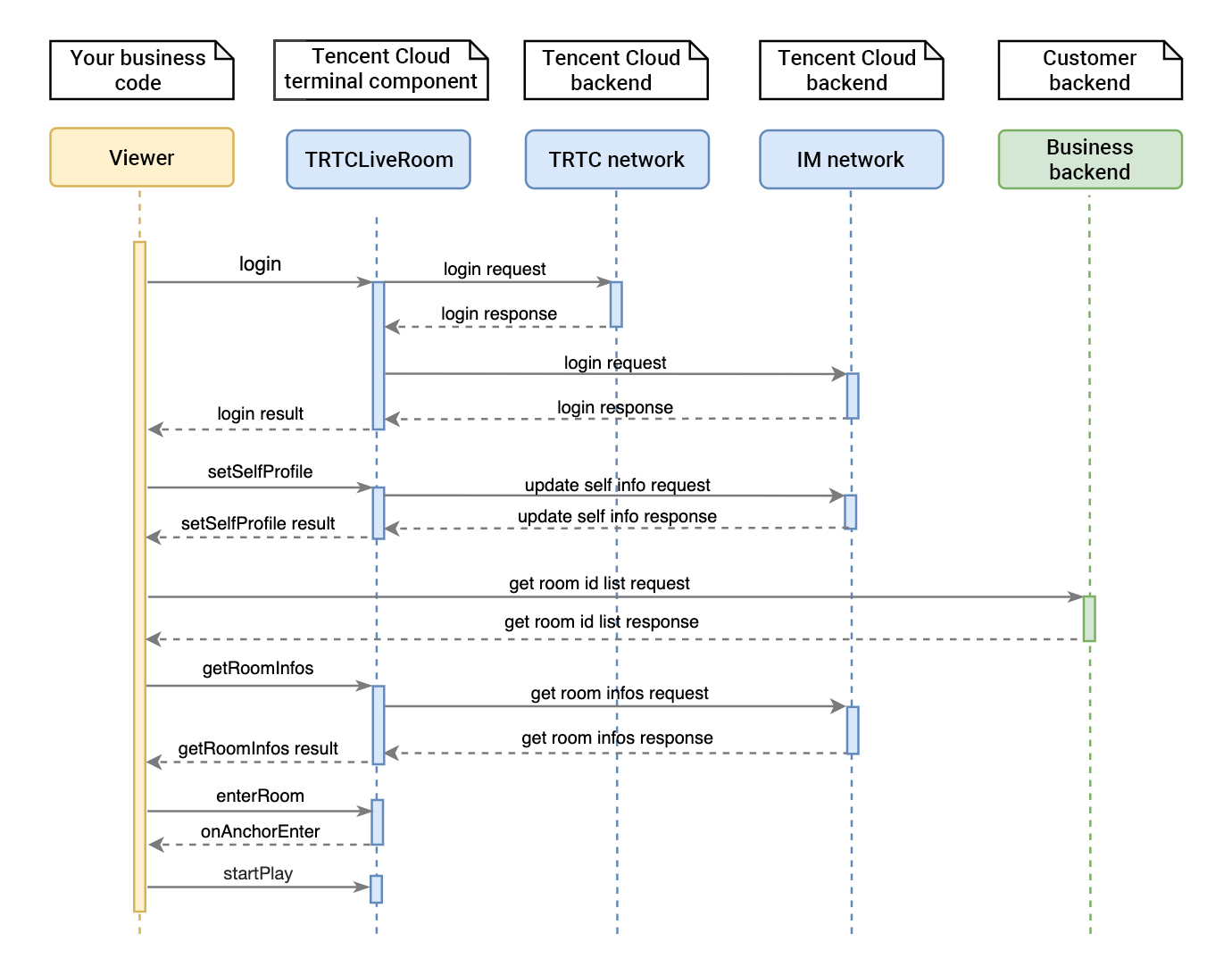 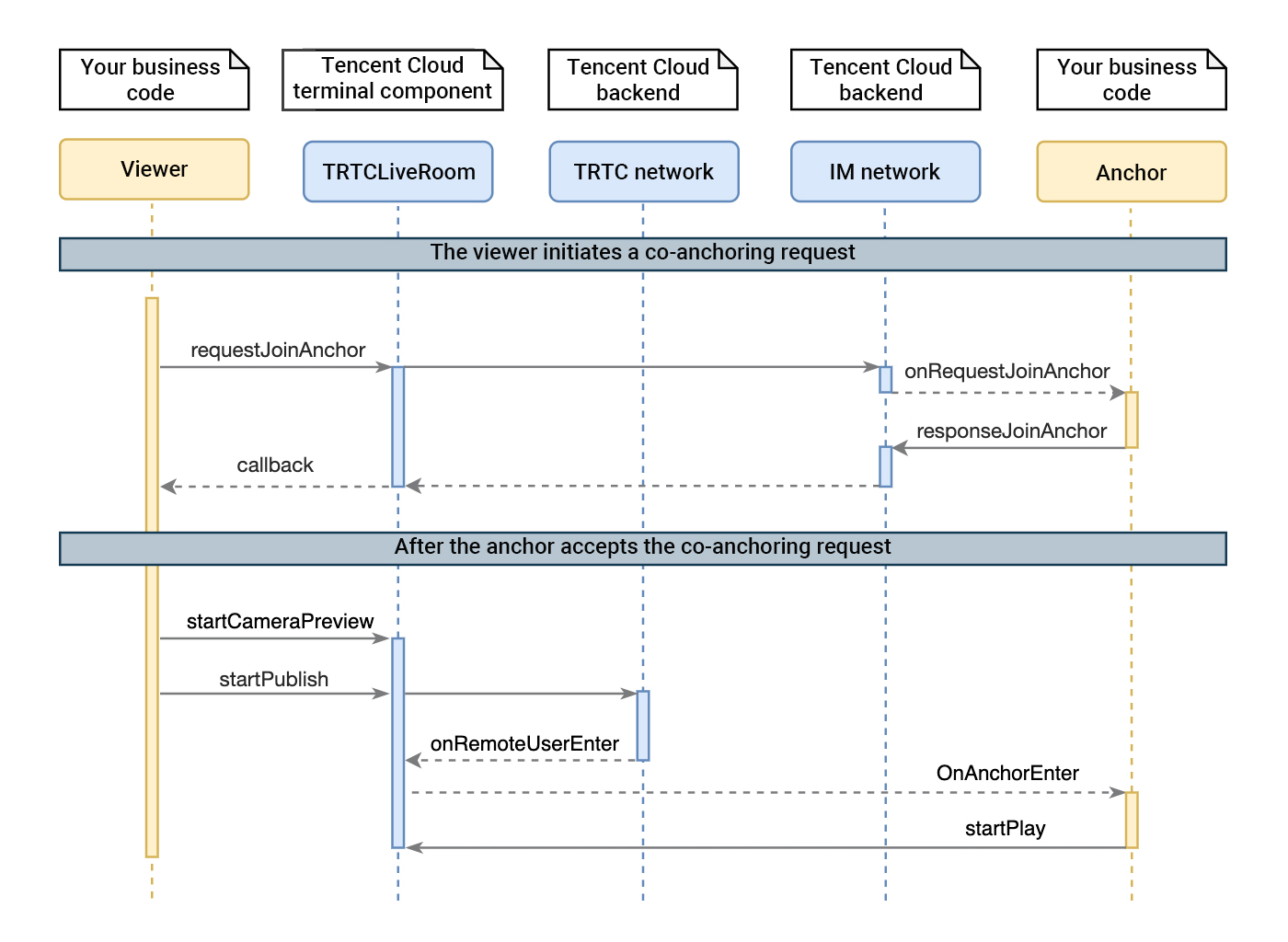 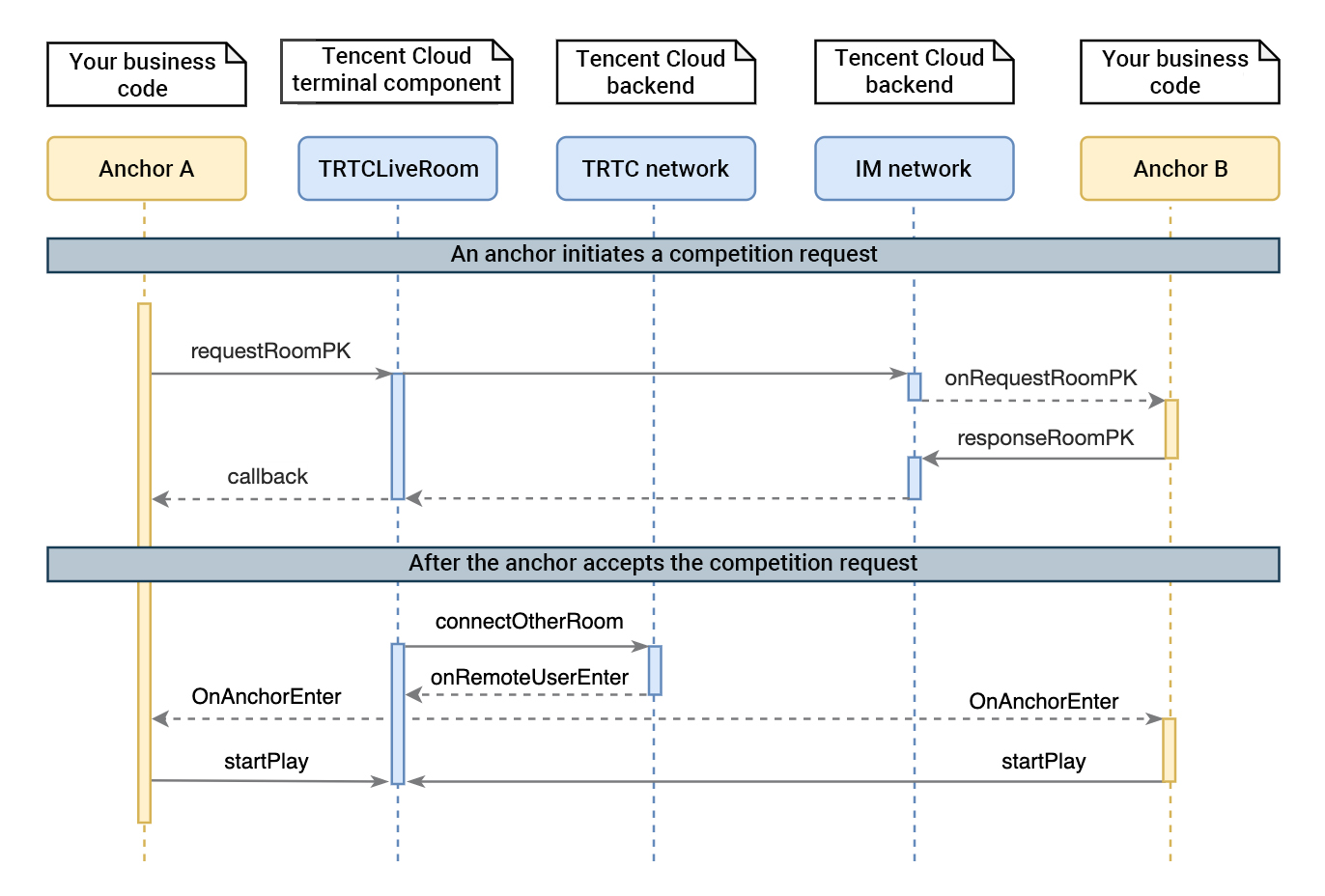