A workflow refers to a set of job tasks performed on a source audio/video file. Job tasks can be parallel or serial and are simply referred to as tasks in MPS. A workflow is as shown below. 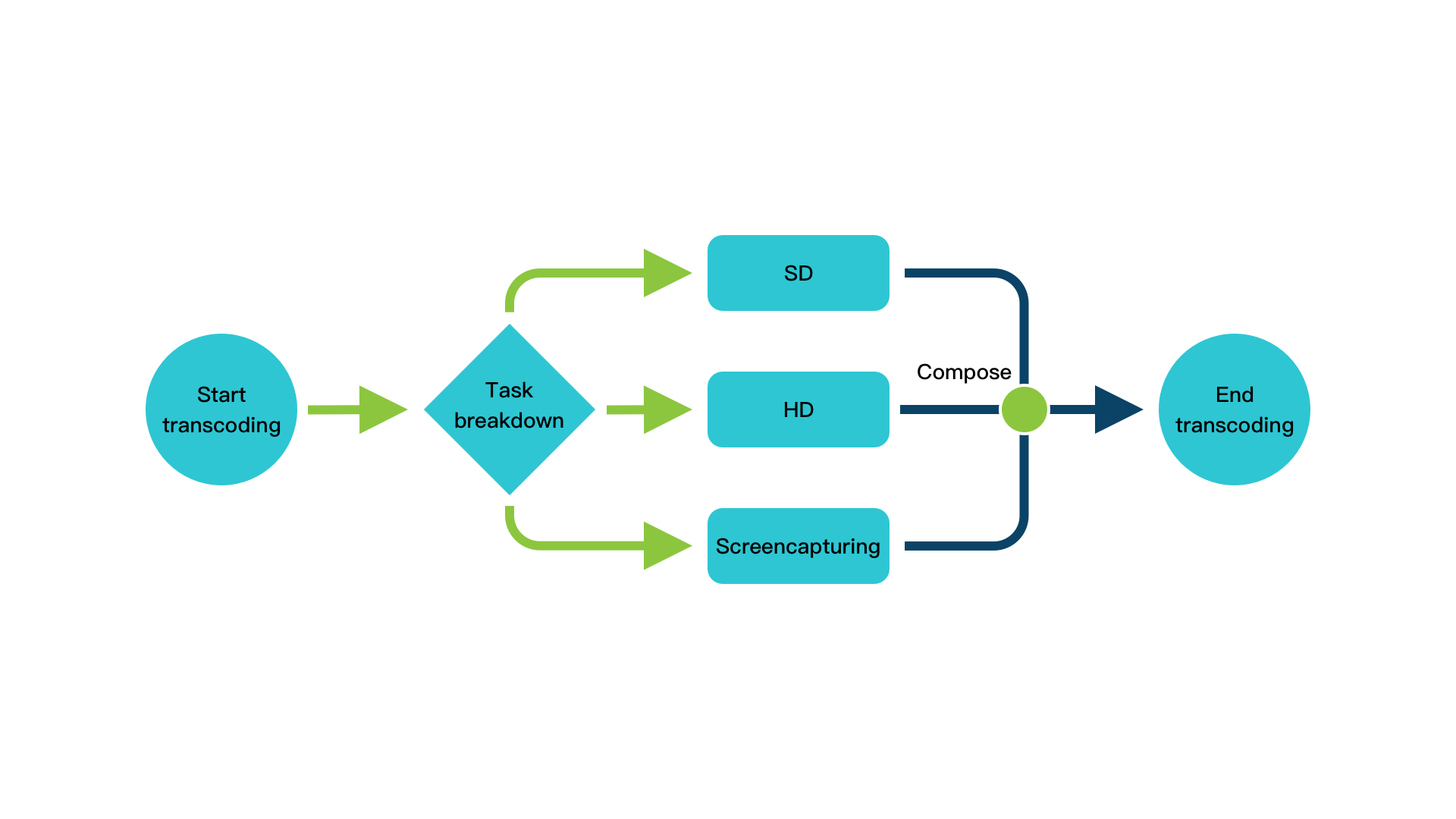 If a task involves multiple outputs, such as transcoding to SD and HD or taking screenshots of different sizes, it will be broken down into multiple subtasks that will be executed simultaneously. After all subtasks are completed, MPS will combine the results, and the task ends.

How a Workflow Works

The process of executing a workflow involves workflow configuration, task triggering, task execution, and event notification sending, as shown below: 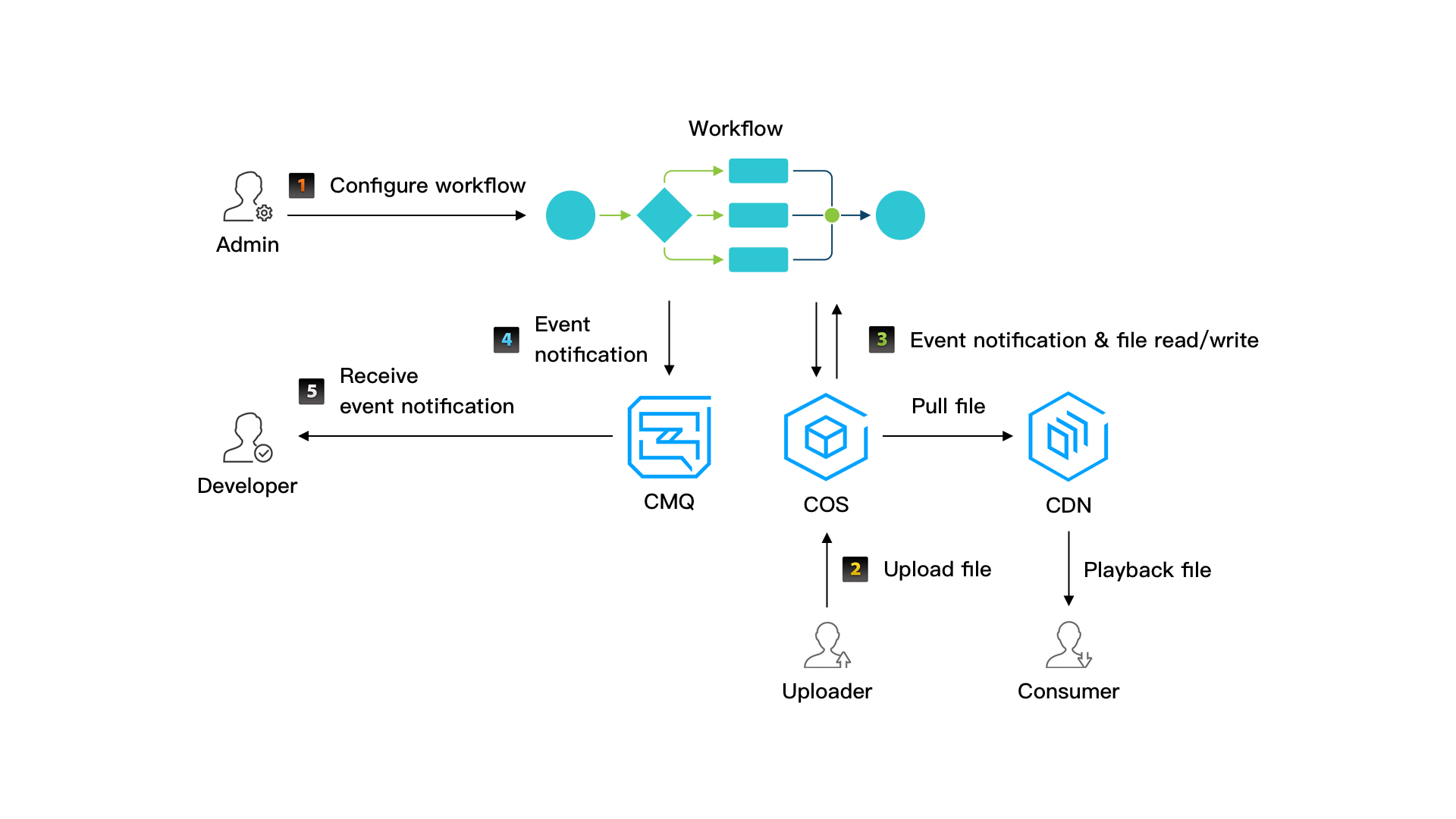 You can also call an API to initiate a task on a specific file, in which case workflow configuration is not required.

A transcoding task can be automatically or manually triggered.

Task execution may involve transcoding, screenshot taking, watermarking, and output file upload. A task is broken down into several subtasks, which are executed in parallel or in series to speed up the process.

After the task is completed, MPS will upload the output files to the specified COS bucket. If upload fails, the task status will be "failed".

You will be notified when a task is completed, whether it succeeds or fails. You can determine what to do next depending on the notification.