You need to specify the conditions and actions when creating an alarm policy:

As shown in the figure below: 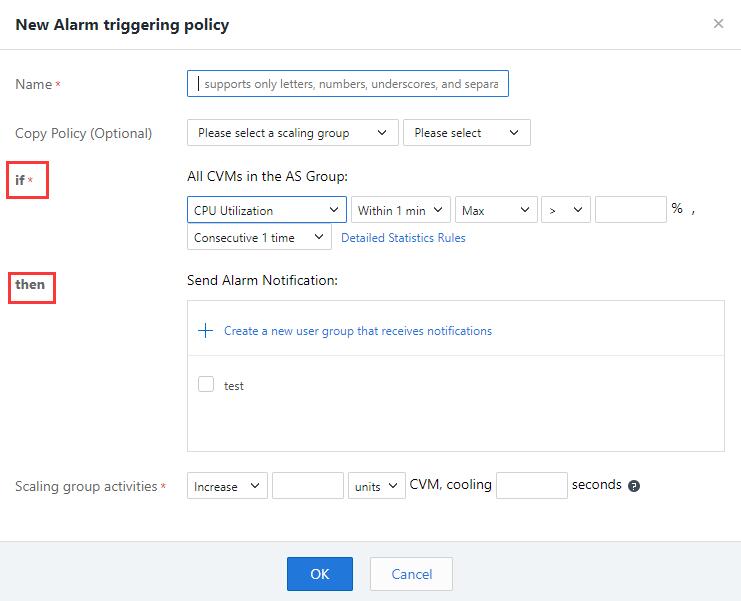 For example, you have an e-commerce web application that currently runs on five instances. You carry out an operating activity, and worry about that the number of visits is much greater than you've expected. You can launch two new instances when the load on the current instance increases to 70%, and terminate these instances when the load decreases to 40%. You can configure the scaling group to scale automatically based on these conditions. 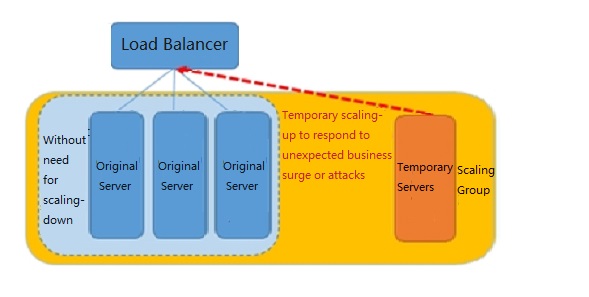 Before using auto scaling, your system may have a server that is regularly used. Given the following considerations, you may not want the server to be removed by the alarm scaling policy:

Step 1: In the Scaling Group List, click the scaling group in which the server resides to enter the management page;

Step 2: In the CVM List at the bottom of the management page, click Set Removal Protection for the appropriate CVM.