CCN is a pay-as-you-go service.

Monthly CCN fee is the sum of the interconnection fees of cross-regional CCN instances.

The average bandwidth values are collected every 5 minutes and sorted in a descending order. After discarding the highest 5% of values, the next highest value is recorded as the monthly 95th percentile bandwidth peak.

A valid day refers to a day when the bandwidth value of any 5-minute statistical point is greater than 10 Kbps.

Valid day ratio = valid days in a month / natural day in a month.

A unit price in the tiered pricing scheme.

Suppose that your CCN instance is associated with network instances in three regions in June: Guangzhou, Beijing and Shanghai.

Fees for other regions (Guangzhou-Shanghai, Beijing-Shanghai) are calculated in the same way.

The CCN fee incurred in June is the sum of all cross-regional interconnection fees. 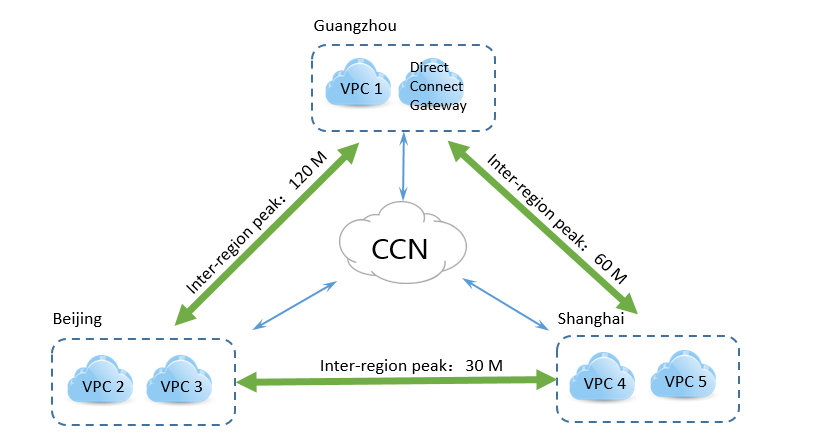