Sending and receiving messages within a group

Group members can send and receive messages in a group, which is similar to the chat mode of QQ and WeChat groups.

Instant Messaging (IM) maintains a message SEQ for each group, which starts from 1. Every time an ordinary message is sent in the group chat, the IM backend uses the current SEQ value as the SEQ of the message and then increases the SEQ by 1.
Group ID and SEQ together constitute the unique identifier of a message.

IM generates incremental SEQs only for messages that are subject to roaming storage.

The sending of group messages can be managed through the following methods:

Group messages are divided into three levels by priority. If a group exceeds the message frequency limit, the backend delivers high-priority messages first. Therefore, select appropriate priorities according to the importance of messages.
The following lists the priorities from high to low:

Number-based frequency control limits the maximum number of messages sent per second in a single group. The default value is 40 messages per second. When the number of sent messages exceeds the limit, the backend will first deliver higher-priority messages, with messages of same priority delivered randomly. 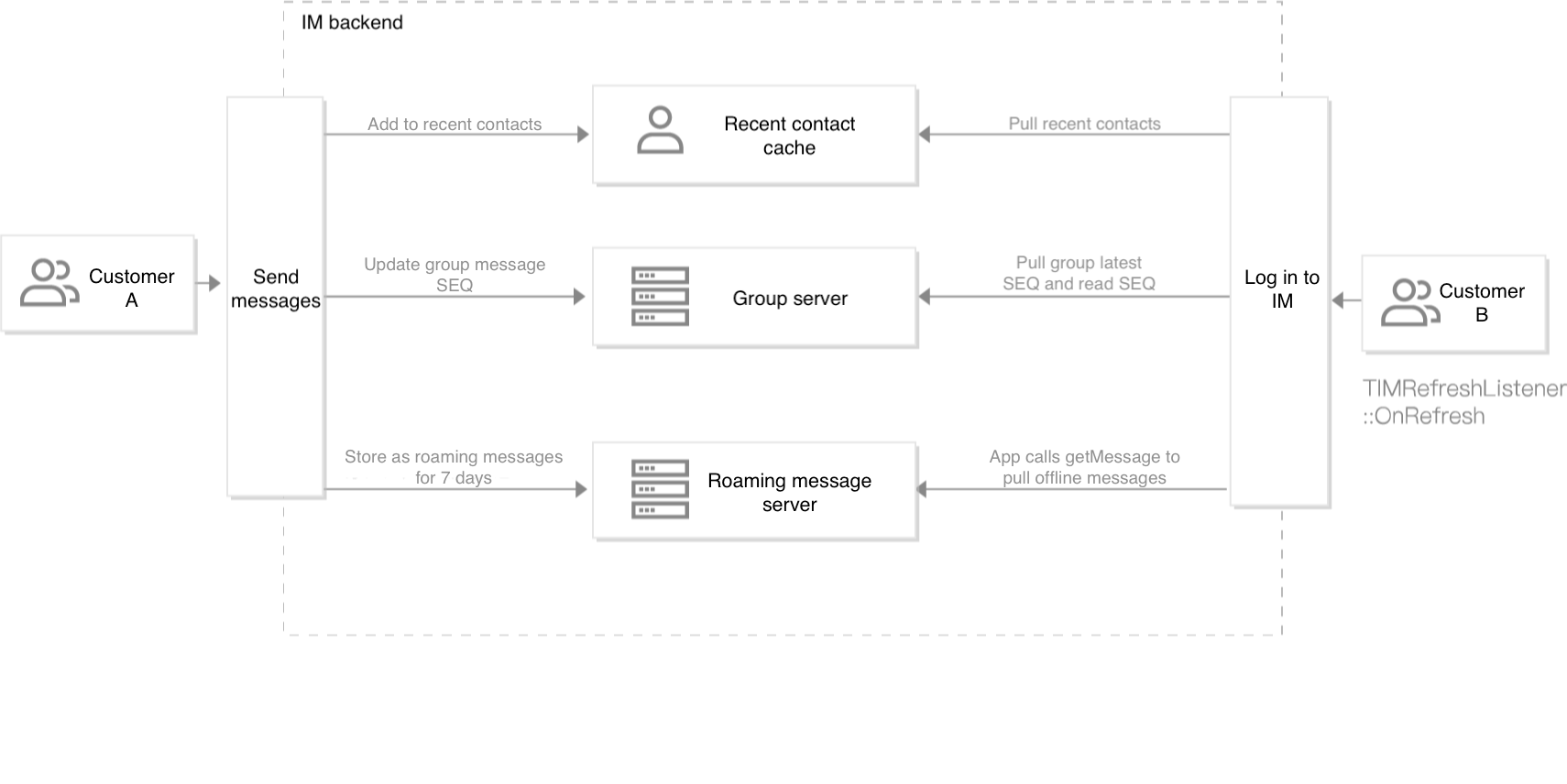