If you use a TencentCloud API to manage a function (i.e., CRUD operations), as the API is async, you need to query its current status first.

When you create, update, delete, or publish a function, it will be in one of the following statuses:

If a function failed to be published or updated, its versions that have already been published normally will not be affected, and when it is invocated, its content before the update will be invocated normally.

The change process of the function creation and update statuses is as shown below: 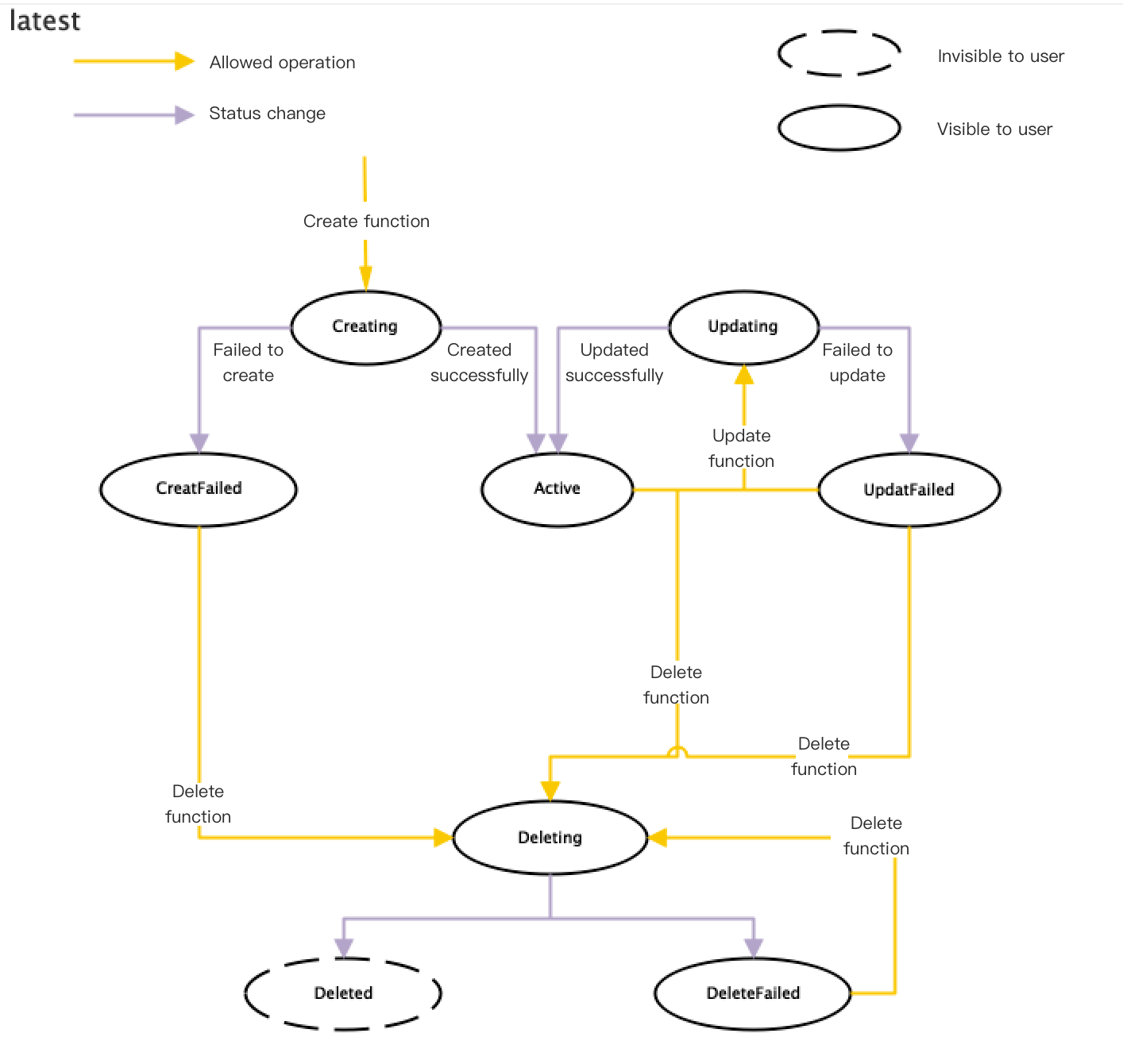 The change process of the function version release statuses is as shown below: 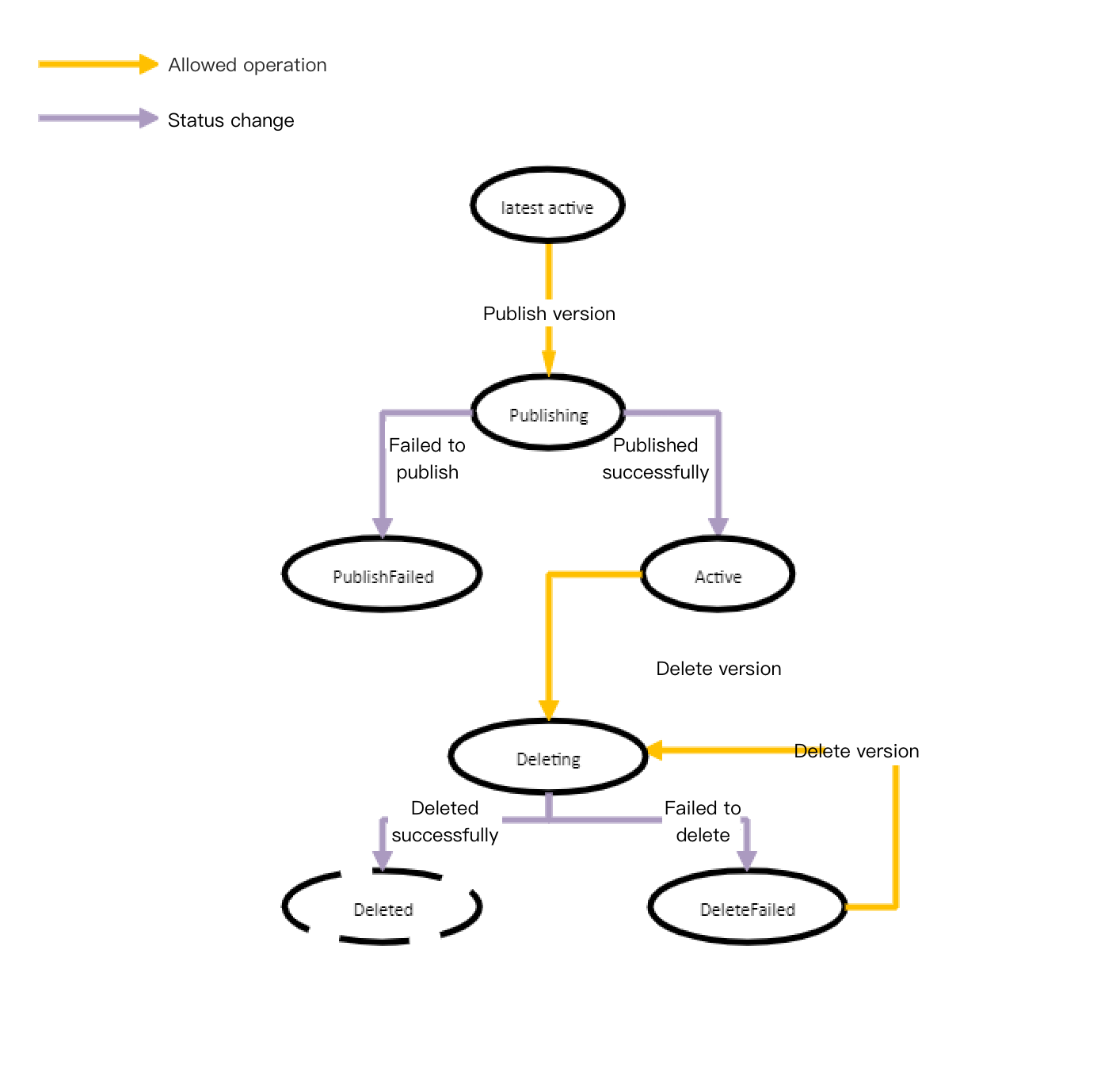