A high availability virtual IP (HAVIP) is a private IP address assigned by VPC CIDR blocks. It is usually used together with high-availability software, such as Keepalived and Windows Server Failover Cluster, to build a highly available primary/secondary cluster. 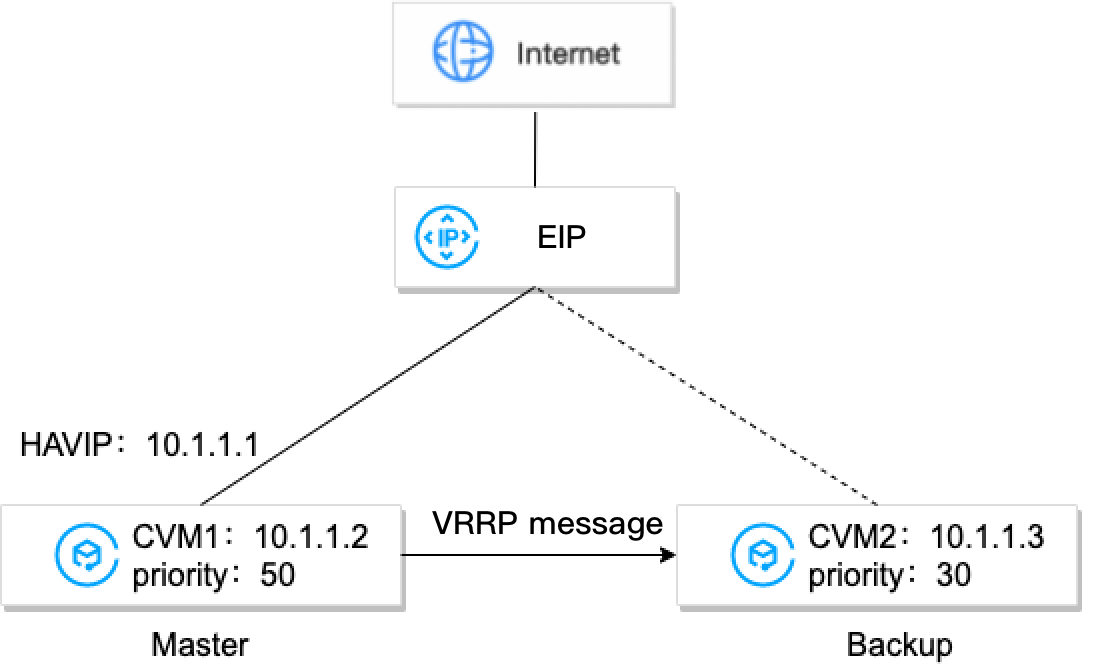 According to the example figure, CVM1 and CVM2 can be built into a high availability primary/secondary cluster with the following steps:

Why should I use HAVIP along with Keepalived in a VPC?

Some public cloud vendors do not support binding a private IP to CVM through ARP announcement due to security reasons such as ARP spoofing. If you directly use a private IP as virtual IP in the “Keepalived.conf” file, Keepalived will not be able to update the IP to MAC mapping during the primary/secondary server virtual IP switch. In this case, you have to call an API to switch the IP.
Using Keepalived configuration as an example, the IP configurations are as follows:

If there is no HAVIP, the following section of the configuration file will be invalid.