The network Access Control List (ACL) is an optional layer of security that throttles traffic to and from subnets accurate to protocol and port. 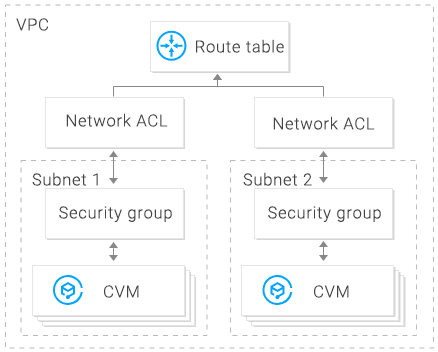 When a network ACL rule is added or deleted, the change will be applied to the associated subnets automatically.
You can configure inbound and outbound network ACL rules. Each rule consists of:

Once created, every network ACL has two default rules that cannot be modified or deleted, with the lowest priority.