TencentDB for MySQL allows you to create one or more read-only instances, which are suitable for read/write separation and one-source-multiple-replica application scenarios and capable of greatly enhancing the read load capacity of your database.
Unified read/write separation addresses (i.e., read and write requests are separated automatically) are not supported currently. Read-only instances need to be accessed with separate IPs and ports. 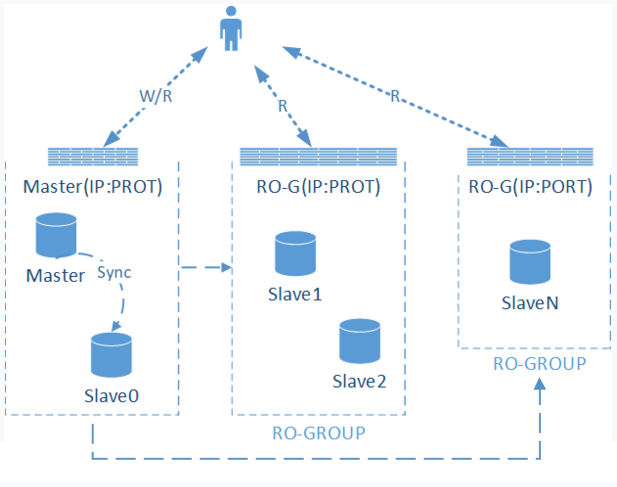 What are the rules for removing read-only instances?

After Remove Delayed RO Instances is enabled, the RO group will determine the removal rule based on the delay threshold and "Least RO Instances" value. If the delay of a read-only instance reaches the threshold, it will be removed and made inactive, with its weight set to 0 and an alarm sent to user. When its delay falls below the threshold, it will be returned to the RO group.

If read-only instances are terminated or returned, how will the source instance be affected?

The termination and return of read-only instances has no impact on the source instance.