Open Broadcaster Software (OBS) is an easy-to-use third-party open-source software program for producing live streaming content free of charge. It can run on OS X, Windows, and Linux to meet the needs of various live broadcasting scenarios. You can go to the OBS official website to download the latest version.
This document describes how to configure a stream on a PC in OBS Studio.

How to Use OBS Studio for Push

1. Set a push address
Open OBS Studio and click Controls > Settings at the bottom to enter the Settings page. 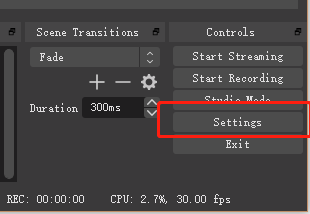 Click Stream on the left sidebar and select "Custom Streaming Server" as stream type. Take the push address below as an example.

Divide the push address into two parts to enter the URL and stream name respectively. Enter the former part of the address before Path for the URL and the latter part after StreamName for the stream name. Thus, the parameter is set as below:

For more information on how to get the push address, see Getting Push Address Quickly.

2. Configure a push
Click the + icon under the "Sources" box and select the input source. If you do not need to configure bitrate, recording, and others items, click Controls > Start Streaming to push the video to the set push address. 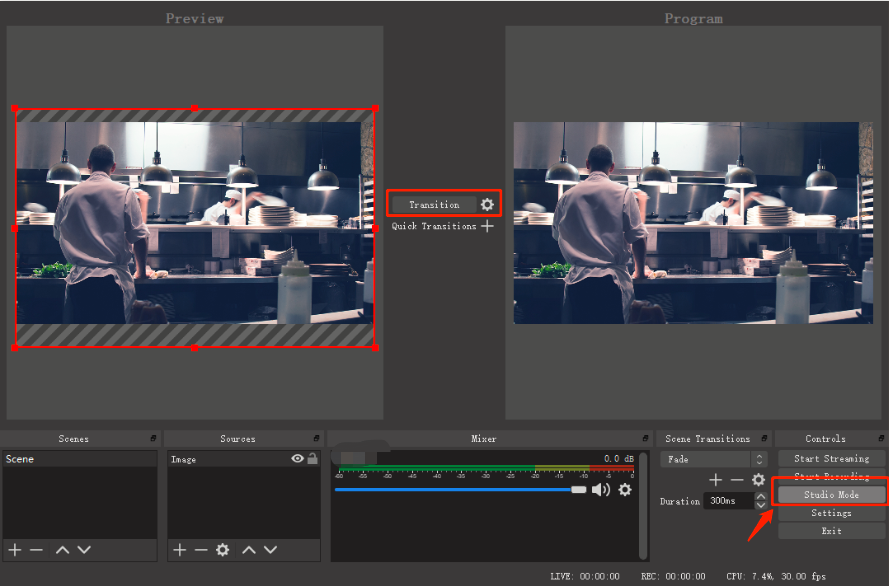 According to the discussions in the OBS forum, OBS Studio 23.2.1 and earlier versions do not support pure audio push.
To implement a similar feature, you can follow the steps below. This method works by replacing a video with a static canvas (blank screen or image). If you need to reduce bandwidth usage, you can lower video frame rate and bitrate to get closer to pure audio push, but there will still be video data in the live stream.
1. As instructed in OBS push configuration, select Audio Input Capture as input source. Do not select a video or image as video source. 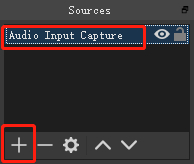 2. Go to Controls > Settings > Video, set Output (Scaled) Resolution and Common FPS Values to the minimum value, and click OK to save the configuration.

3. Click Output, configure streaming as shown below, and set Bitrate to the minimum value. Click OK or Apply to save the configuration. 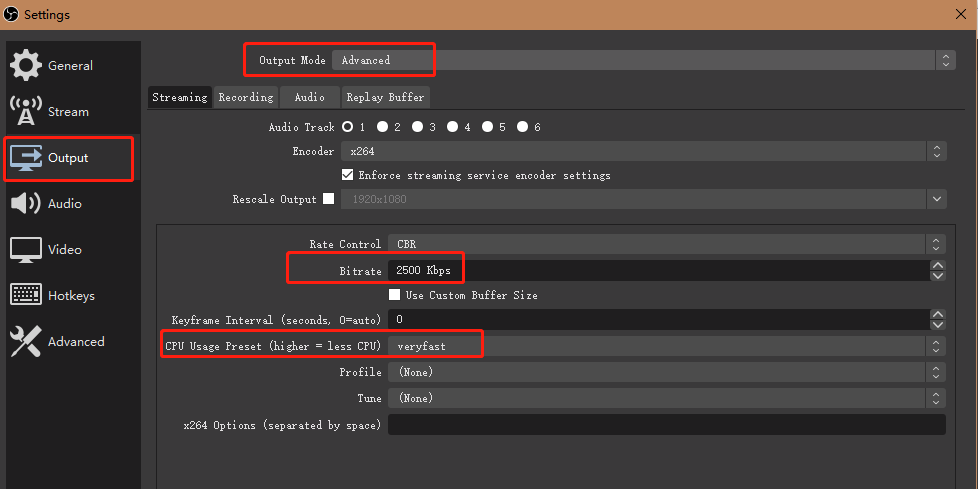 4. As instructed in Push in OBS push configuration, start the push, which will amount to pure audio push as the video content is shown as a blank screen or image. With video bitrate set to minimum, bandwidth usage is reduced significantly.

To loop a single video
1. Click the + icon under the Sources box, select Media Source and in the pop-up window, select the video file to be looped in Local File, select Loop, and then click OK. 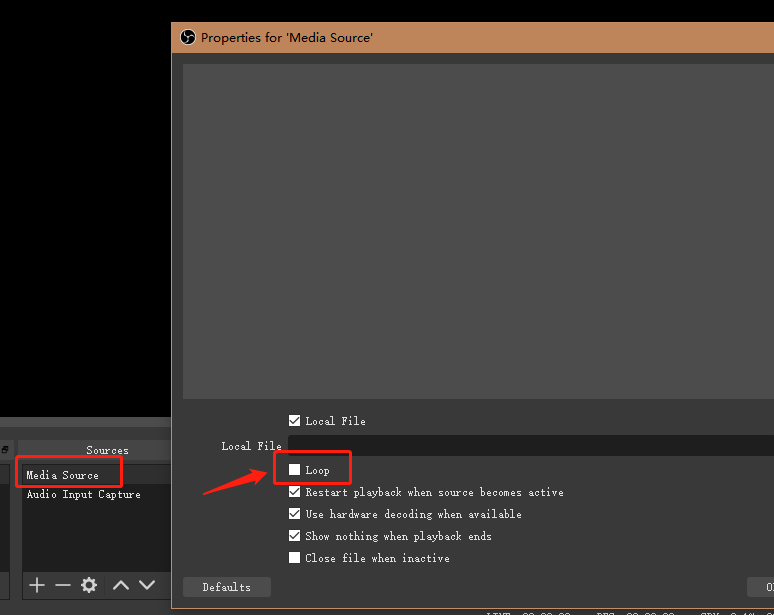 2. As instructed in OBS push settings, click Stream on the left sidebar, and enter Server and Stream Key to start streaming, so the single video will be looped.

To loop multiple videos
OBS Studio does not support looping multiple videos itself, but you can use the loop feature of third-party video players and the Window Capture feature in OBS Studio to this end.