Using SRT for push will not increase the cost.

Using SRT to push streams reduces lag, as shown in the following figure: 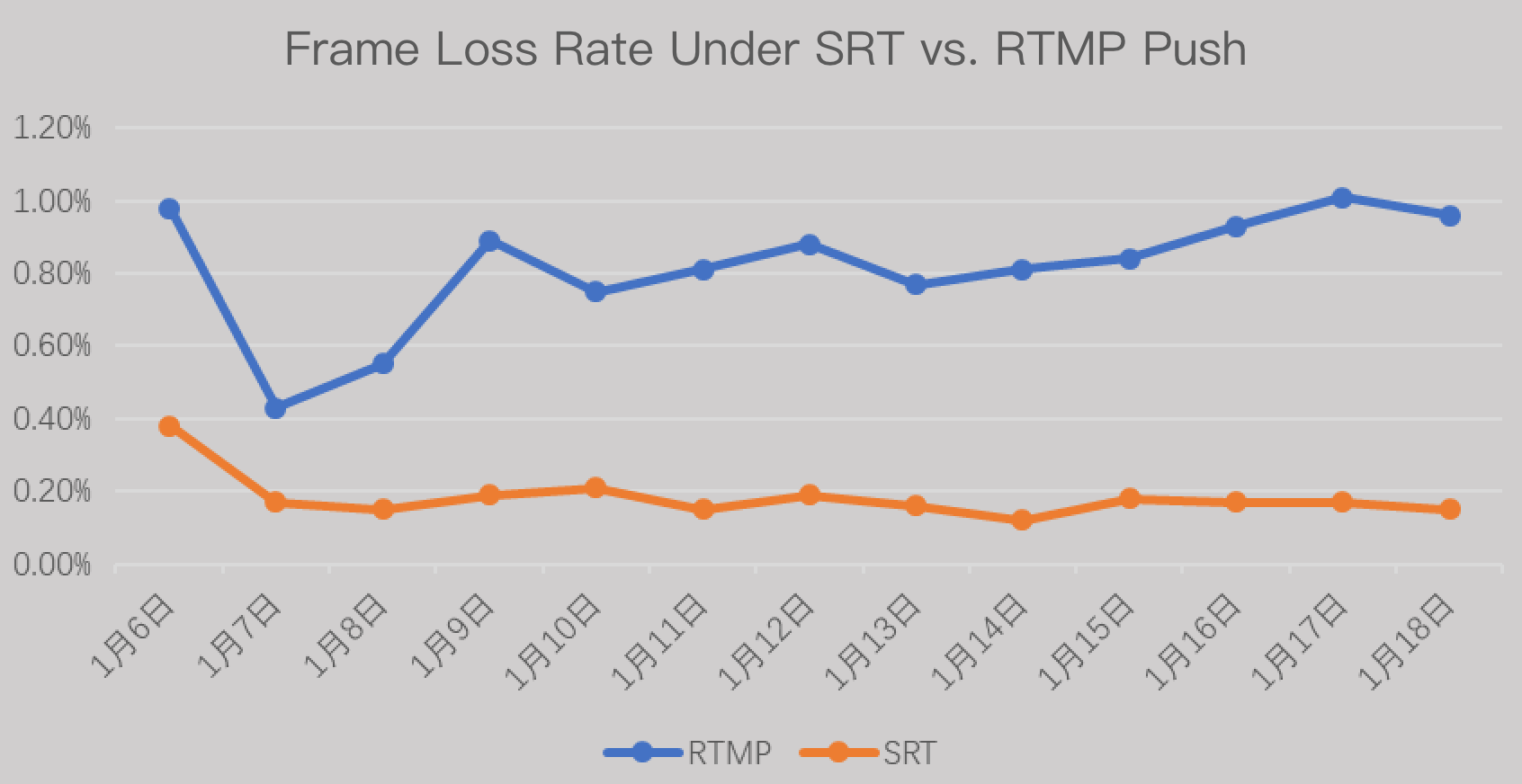 Compared with QUIC, SRT reduces packet loss at the application layer under the same packet loss rate, thanks to its faster, more precise retransmission control and pacing mechanism for live streaming scenarios. When the packet loss rate is 50%, SRT can still guarantee stable transmission.

With the same linkage and the same live stream file on the push end, the packet loss rate reduces by 5% every five minutes when SRT is used. The following figure shows that the push frame rate of SRT is more stable.

Live push supports using port 9000 to push streams over SRT. You can generate a push address via the Address Generator] in the CSS console and splice the address by following the rules below.

$ {app} is a variable and should be replaced with the actual value. Note that $, {, and } are not required.

The SRT server remuxes TS streams to RTMP streams and forward them to the ${rtmp-push-domain} domain.
Sample of OBS live stream code:

If you want to push streams over SRT, the OBS version cannot be lower than v25.0.