To help you efficiently manage nodes in a Kubernetes cluster, TKE introduced the concept of node pool. Basic node pool features allow you to conveniently and quickly create, manage, and terminate nodes and dynamically scale nodes in or out.

The overall architecture of a node pool is as follows: 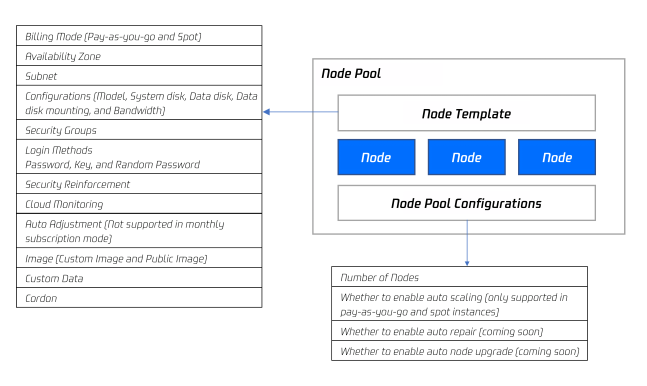 Generally, all nodes in a node pool share the following attributes:

In addition, TKE extends the following features for a node pool:

TKE Auto Scaling is implemented based on Tencent Cloud AutoScaling and the cluster-autoscaler of the Kubernetes community. The relevant concepts are described as follows:

Node Types in a Node Pool

To meet the requirements of different scenarios, the nodes in a node pool can be classified into the following two types:

It is not recommended to add existing nodes. If you do not have the permission to create nodes, you can add the existing nodes to scale out the cluster. However, some parameters of adding existing nodes may be inconsistent with the template of the node you defined, and the auto scaling cannot be performed.

Please read how the node pool auto scaling works before using it. 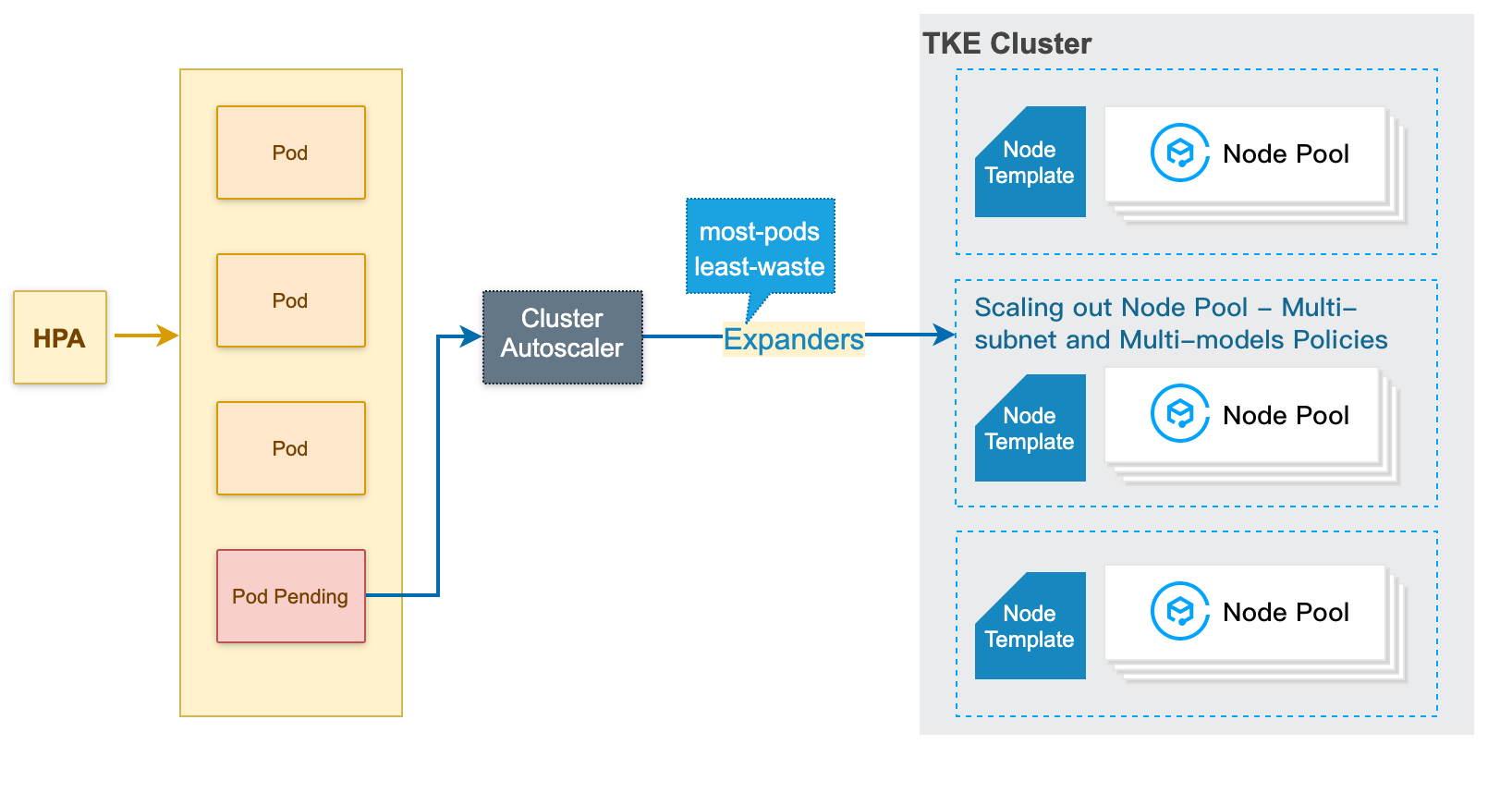 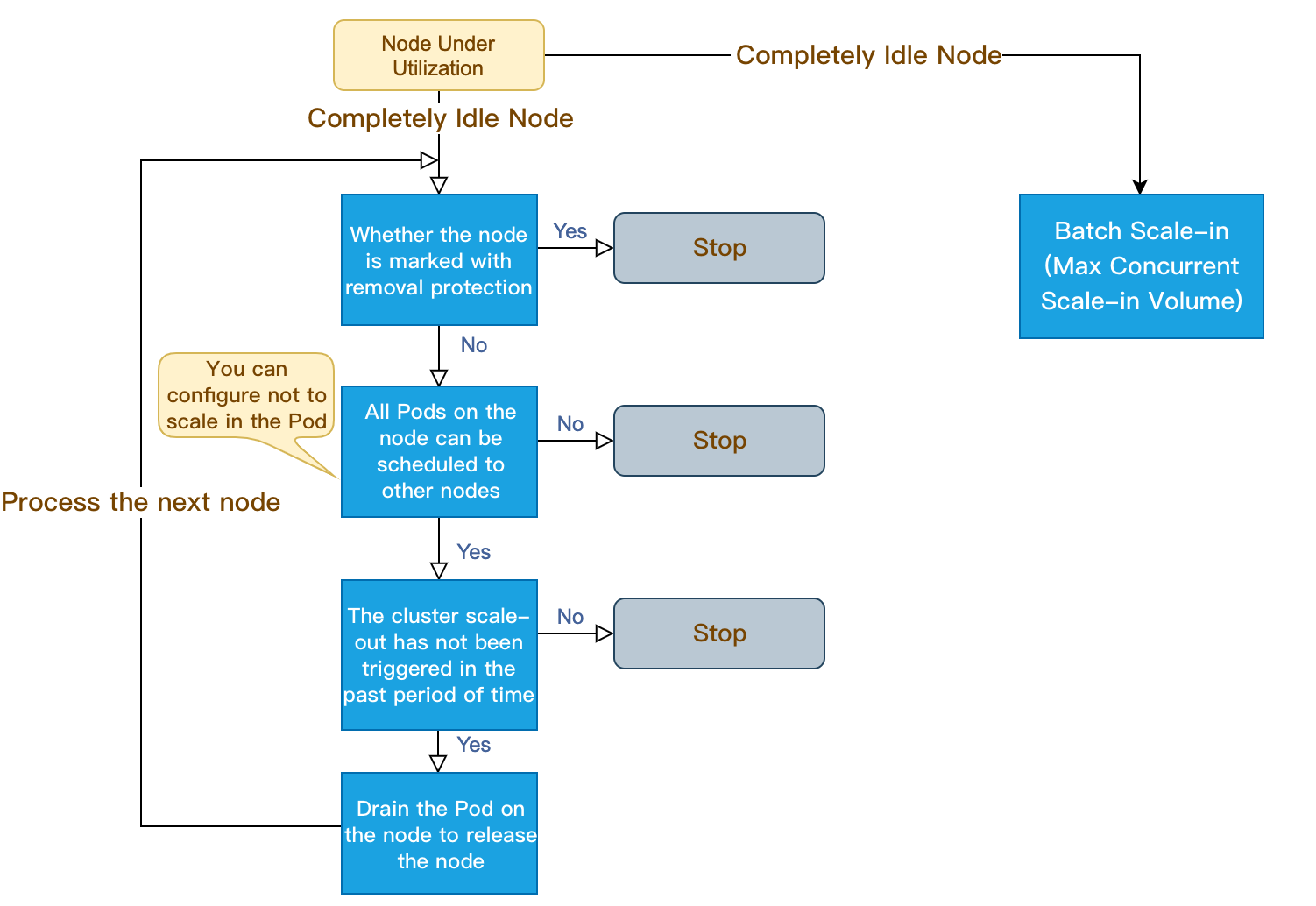 You can log in to the TKE console and perform node pool-related operations according to the following documents: