Velero (the previous version is called Heptio Ark), an open-source tool, can safely back up and restore, perform disaster recovery, and migrate Kubernetes cluster resources and persistent volumes. Deploying Velero in the TKE cluster or self-built Kubenetes cluster, it can achieve the following features:

For more information about Velero, see Velero official document. This document describes how to use Velero to seamlessly migrate and replicate cluster resources among TKE clusters.

The migration principle is shown as follows: 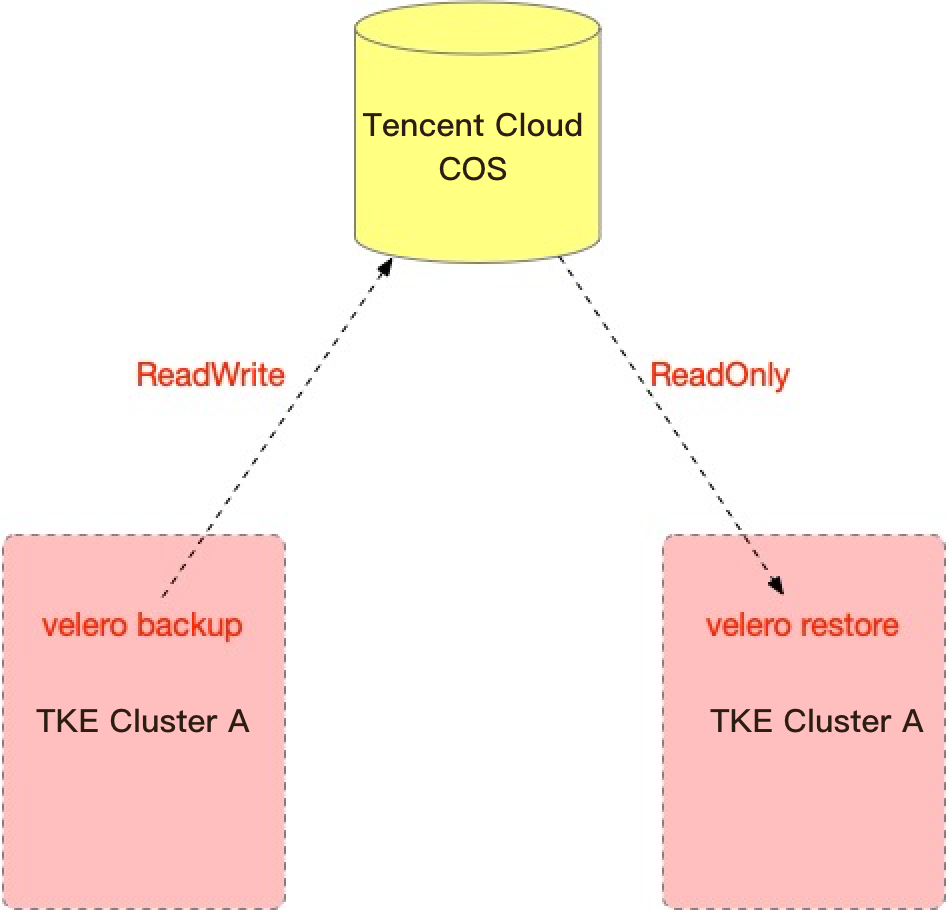 Creating a backup in cluster A

Checking cluster A resources before backup

Before backing up cluster A, you can view the resources and services of cluster A for Migration Result Verification after cluster restoration.

Performing a restoration in cluster B

Viewing cluster B resources before restoration

Before performing a restoration in cluster B, you can view the resources and services of cluster B for Migration Result Verification after cluster restoration.